Things to Keep in Mind Regarding Marijuana Smell

Marijuana Is A Flower- I know for most people this is a no-brainer, but this actually contributes to why marijuana has such 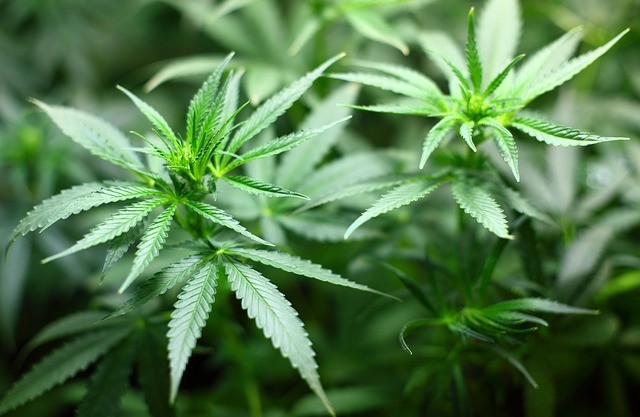 a strong odor. Like any flower, the marijuana flower forms terpenes, which are chemicals with a very strong odor that are responsible for attracting pollinators and keeping away predators.

Just because YOU can’t smell it, that doesn’t mean everyone else can’t- This right here is one of the oldest mistakes in the book, but yet people make it all the time. If you have just got done smoking marijuana in any capacity, and have not taken any preventative measures (I will get into these later), then the average person would most likely pick up on the smell fairly easily.

When a person smokes marijuana, or is even around it frequently, the brain tends to ignore the smell after a while, which can often lead people to believe that they indeed don’t smell at all. It is not hard to pick up the scent of marijuana and somebody who hasn’t been around it much will be able to smell it on you instantly, as I’m sure many of you already know. 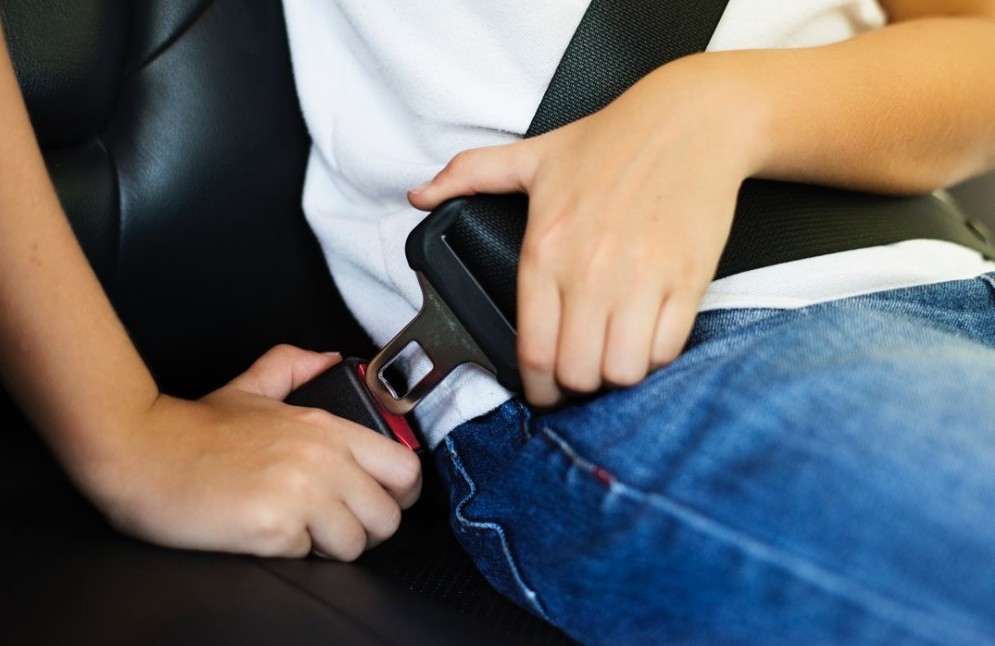 One of the most important and responsible things you can do to ensure that the odor of marijuana is not a problem is to take preventive measures. Now I know it might not always be possible to take preventive measures, in fact, some of you reading this may be finding yourself in the predicament of getting rid of the smell of weed right now! For you guys, keep reading we’re going to tackle that smell. But just know that next time, you can save yourself a lot of trouble by just following these steps I’m going to lay out for you. 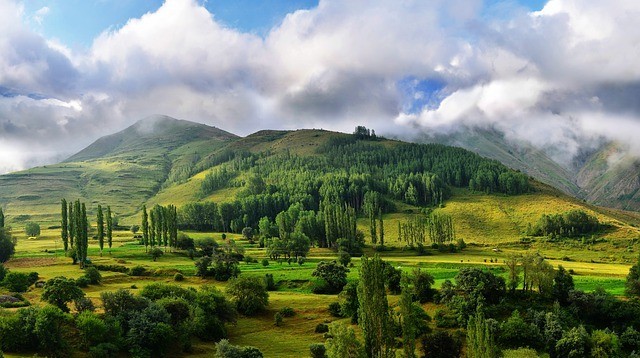 Smoking outside is by far one of the best ways to make sure you don’t walk away smelling like a dispensary. With the wind blowing, and the fresh air all around you, it’s very hard for the smell of marijuana to get trapped in your clothes, hair, etc. This is because when you blow out smoke, it just blows away in the wind as opposed to say a car, where the smoke just swirls around and seeps into your clothing, hair, seats, etc.

For some people, smoking outside may not be an option, and although it is one of the best ways to prevent the smell of marijuana, fear not, there are more!

2.) Use a Smoke Buddy or Homemade Air Filter

It’s got the name “Smoke Buddy” for a reason, it’s because this thing really can be your best friend for concealing the smell of marijuana. It’s a small plastic air filter in which you simply just blow your secondhand smoke into it. This is great because when you blow your smoke into one of these, almost NO smoke even comes out the other side. This is especially great if you are inside somewhere and don’t want to be getting smoke particles on all your clothes and furniture, and it will make it so you don’t stink up the place either. A Smoke Buddy won’t break your bank either! You can find them on Amazon for like $12-$20.

However, if you would prefer to go the route of not spending any money at all, you could always make a homemade “sploof”. This will not be as effective as a smoke buddy in most cases, but it is FAR more effective than just blowing your smoke right out into the open. Anybody can make a homemade spoof too, you just need to grab some things from around the house.

First, you’ll need some dryer sheets, I’d recommend at least 10 of them, you can use more if you want it to be more effective. I know, this might sound strange so far, but bear with me!!!!

You can then blow your smoke into the “spoof” you have just made. Keep in mind that this won’t remove the smoke, but it filters it through the dryer sheets, so that the smoke comes out smelling like dryer sheets. This actually works very well, dryer sheets are extremely effective, I’ve used homemade sploofs and the room smells like dryer sheets after a lot of the time. 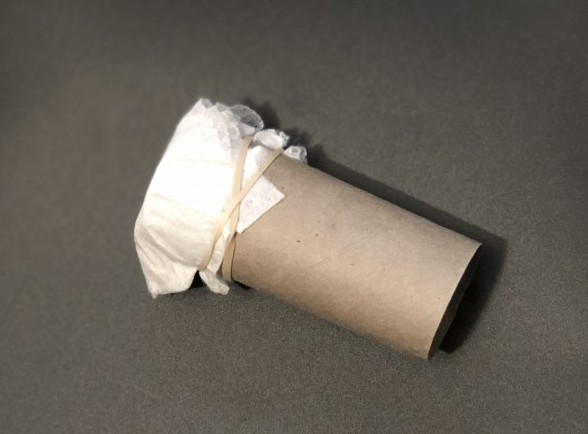 3.) Towel Under the Door And Fan Out the Window

I contemplated Including this method because in most situations I highly recommend you DON’T use this method. I must say that I have used this strategy before and all I’ll say is that sometimes “you gotta do what you gotta do”. For those of you that are not familiar with this method, it is pretty self-explanatory.

The first thing you must do is put a towel under the door. This is an attempt to stop the smell/ smoke in general from seeping underneath the door into other rooms. Unfortunately, this isn’t always effective and the smell still can get into other rooms, so fair warning now. Next, take a window fan, desk fan, or any fan you can move and point it out the window. You then have the option of blowing your smoke directly into the back of the fan so it goes out the window, or the natural pull of the fan will pull the smoke out the window if you just blow it relatively close.

Again, this method has many flaws, so in 95% of scenarios I don’t recommend it, but I figured I’d share it because it is still better than doing nothing at all!!

Too Late For Prevention?

Unfortunately, many of you who happen to be reading this may have skipped the prevention, and are now left with the task of the aftermath. What I will tell you is that you aren’t alone! I’ve found myself in this situation a time or two, as have many others, and there are ways that you can effectively and quickly remove the smell.

Ozium is something I use frequently and it is, in my opinion, THE BEST spray for getting rid of odors from marijuana. IT has a distinct lemon smell and its great because it actually eliminates airborne bacteria and gets rid of the smell, not just mask it. And with Ozium, a little goes a LONG way, believe me, an 8 oz can (same size as your average air freshener can) will last you a very long time and only costs around $11. I’ve had 8 oz cans of ozium last me for upwards of 6 months! And you can order it very easily on Amazon.

My advice is not to use febreeze as a long time strategy of tackling the smell of your marijuana. It will work occasionally, but overall I wouldn’t highly recommend it.

Burning incense has been a friend of the “pot smoker” for many years now, but it’s still fairly popular today. You can find incense sticks of many scents, and they are very potent which makes them extremely effective in getting rid of the smell of weed. Smoking marijuana while burning incense is very popular for many, because the smoke from the incense can be effective in visually covering up the marijuana smoke as well as the smell.

Cook Something With A Strong Smell

This is another last resort effort, and may require you to even get creative, but as you can tell from the title: Cook something with a strong smell!!!! This can be baking something, microwaving something, etc. Depending on how much time you have to get rid of the smell and what you have around your house will depend on what you can make, but I’m sure you can figure something out! A quick go-to that I’ve used and I know many of you can too is microwaving popcorn. I know that I can think of countless times I’ve walked into a room and been slapped in the nose by the incredibly strong smell of popcorn, or even stronger, burnt popcorn. So not only will cooking something help to get rid of your smell problem, but you’ll probably want to eat it too *wink* ;).

So you’ve just taken in a lot, and I hope you can use all of this information to make your life easier! To sum things up though, the single greatest way to tackle the smell of marijuana is to plan ahead and prevent it as best as you can. If not, then use the above methods to deal with the aftermath, but just remember that some methods will work better than others, so figure out what’s necessary for YOU! If you guys have any other helpful tips you would like to be included in this, please let me know in the comments down below! I would love to hear from you guys.