How to Smoke Weed In College- Stoner’s Guide

Ah college. Where you’ll have some of the best times of your life! And judging by the fact you made it to this article, you’ll probably smoke some weed too. Smoking weed in college can be a tricky thing to do depending on what school you’re attending, some schools seem to be a little bit more lenient on weed, while others will hunt you down and get you kicked out for as little as a blunt roach. The key to smoking in college is to know which of these types of schools you’re attending, and then plan and act accordingly. Luckily for you guys, I’ve lived the dorm life (not too long ago in fact!) and as you can guess I consumed marijuana heavily, so I have a few tips for you guys to keep you out of trouble!

Disclaimer: I want to get it out-of-the-way now that in this article I’m not trying to persuade or tell anyone to start smoking marijuana. This guide is for people who already smoke marijuana, so that it can hopefully keep them out of trouble!

Most colleges in the US prohibit smoking of any kind on campus, and those that do allow smoking usually only do in remote areas outdoors. But I’m going to tell you something that both you and the people running these schools already know. People are going to smoke anyways.

Even though people are going to smoke no matter what, like I mentioned earlier, some colleges are much more strict than others. That could be down to what state you live in, although that’s not always true, some colleges are just very strict when it comes to marijuana. Today were going to be taking a look at strategies to smoking outside, as well as strategies to smoking in a dorm room, as well as some other tips and tricks to help make your life easier! 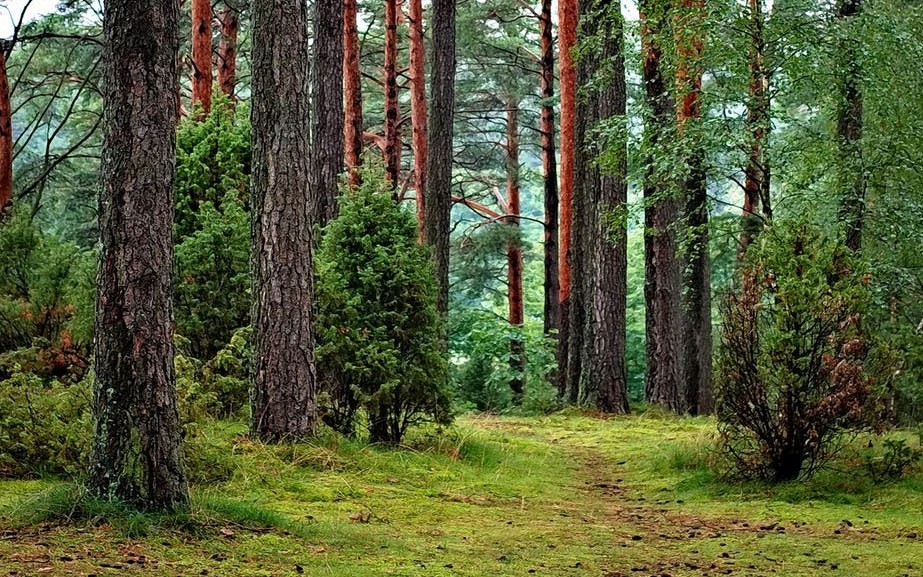 Smoking outside is certainly easier than smoking inside, and it really just comes down to finding a good spot to smoke. You want to find a remote location, where you’re not going to be drove up on by security and where you can’t be seen by others. If your school has any wooded areas, this will be perfect, you won’t be seen by any cameras and your most likely far enough away where nobody will smell or even know that you were smoking weed! A school I attended used to have a bunch of softball and baseball fields out behind the dorms, and they weren’t heavily used at all so we would use the dugouts on the field to smoke in. Nobody could see us unless they tried to walk in the dugout, and we had a place to sit down and relax.

Do not take that as your cue to head to the baseball field to light up however, as in my case these fields were unused, if they were in use I’m sure we wouldn’t have used them.

What I do suggest you do is explore your campus and see where the best smoke spots are for you. If you don’t have wooded areas near your campus like I mentioned earlier, try to find somewhere that’s away from people, buildings (especially academic ones), and Ideally where there aren’t cameras.

Many people like to use their cars and smoke in the parking lot, but this is also a very dangerous game to play. While you most likely won’t get caught in the act of smoking, your car will smell if you smoke in frequently, and this can screw you over if you ever get pulled over by campus security, or even worse, the actual police. You may not think your car smells, but I can assure you, any officer of the law will be able to smell your hot boxed car.

And if through all these trials, you figure out that smoking outside just isn’t going to work, I’d like to direct you to the next section, smoking inside. 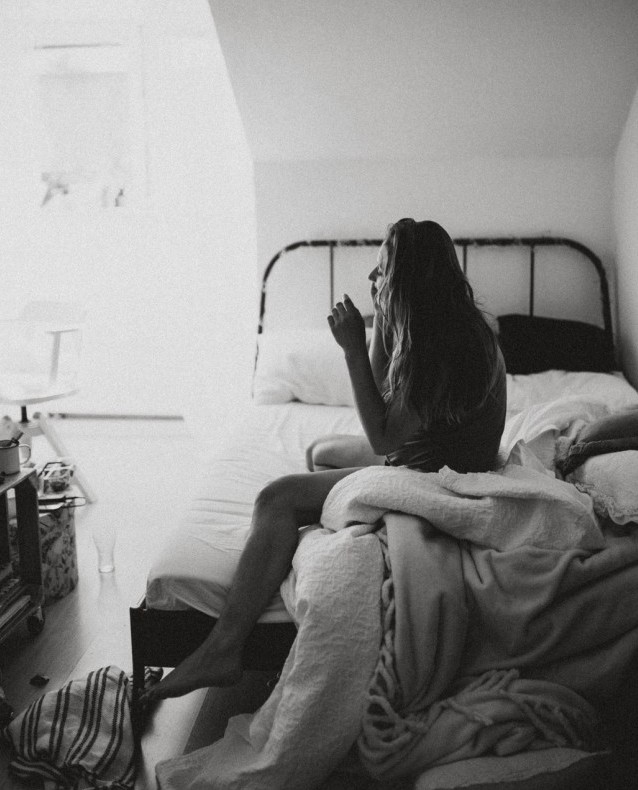 I want to stress this before I move on, if you have the option to smoke outside, take it! Do not smoke inside unless you absolutely have to. It will get you into way more trouble if you get caught, and you’re going to have to take lots of precautions. But, it can be done!

The first thing you need to understand is that taking care of the smell is half the battle. More than half the battle actually, if you can successfully tackle the smell, then your most likely in the clear. One of the best ways to tackle the smell is for there to be no smell in the first place. What??? Yeah, you read that right, but how is that possible? The answer is vaporizing.

Now I suppose I should’ve chosen my words a bit more carefully, because there will always be SOME smell, especially if you’re vaping dry herb, but it’s nothing in comparison to what chiefing a whole bowl will smell like! Now if you’re into oils, you might want to consider investing in some THC cartridges. These seem to be one of the hottest things around right now, and if you can get your hands on them, they will be a dorm room LIFE SAVER. They have little to no smell at all, and they’re tiny, meaning you can carry and take them around anywhere.

However, if you can’t get cartridges, and you don’t want to use a vaporizer, then pay very close attention to the tips I’m about to give you. Trust me, you’re going to need to use all of them.

The first step you always want to take, before even busting your stash out, is put a towel under the door. This will stop the odor, and more importantly keep smoke from traveling out, even though as you’ll learn later, you shouldn’t be blowing smoke even remotely close to the door. Also, just for good measure, you can even tape the side cracks on the door. Some doors are sealed pretty well on the sides and don’t need to be taped, while some have bigger openings and probably should be taped.

Next you’re going to need a fan, and what you want to do is turn the fan on, and leave it pointed out a window. Not only will this naturally pull smoke out of the air and push it out the window, but what you want to do is actually deliberately blow the smoke into the back of the fan, so no smoke even gets a chance to linger in the room. The quicker you can get the smoke out of the room, the less it will smell. One other tip to keep in mind is not to leave your weed out. Keep your weed hidden somewhere that it won’t be easier to find or smell, and when you want to smoke take out just enough for what you need, and then put it all back away immediately. Leaving your bud out in the open will cause the smell to linger and possibly even travel out of the room.

Ideally, you want these smoke sessions to go as quickly as possible, yes it may not be as enjoyable to rush a sesh, but it’s the most effective way to do it. After you’re done smoking, leave the fan on and window open for at least 10 minutes to let the place air out.

If you follow my tips exactly as I’ve laid them out, you should be good to go, but just to be safe, stay tuned for some additional tips that will help you out even more!

Since most colleges won’t allow the burning of incense or candles, I’d suggest picking up some Ozium. Ozium is the most effective air sanitizer for dealing with the smell of weed, and if you’re going to be lighting up in your dorm this is a MUST! You Ozium right on Amazon, and it won’t even break the bank! A large bottle (which will last at least a couple months) is only $10! A small price to pay for something that might end up saving your ass! 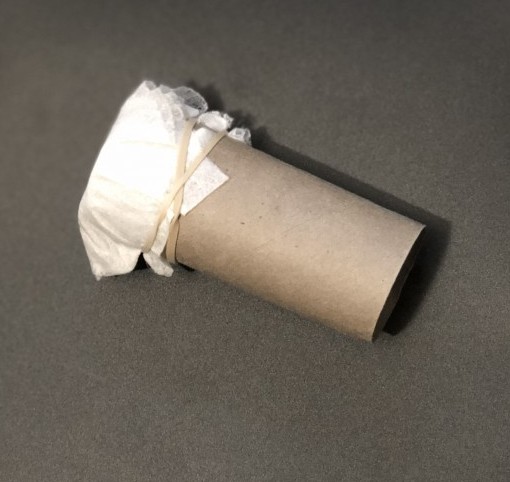 If you don’t want to make a sploof however, you can purchase a smoke buddy. These are usually more effective than sploofs, when you blow into a smoke buddy smoke doesn’t even come out the other side, it all gets trapped in, so it’s very effective in hiding visual smoke. You can find smoke buddies on Amazon for as little as $10, another great investment if you smoke inside a lot!

I hope these tips can help a lot of you guys out! Let me know what you guys think of these tips in the comments below, and if you have any other tips you think I should add, also feel free to share those as well!